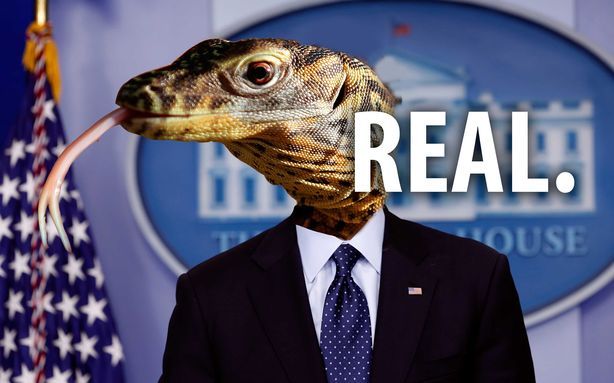 About 90 million Americans believe aliens exist. Some 66 million of us think aliens landed at Roswell in 1948. These are the things you learn when there’s a lull in political news and pollsters get to ask whatever questions they want.

Update, October 31: We’ve figured out who the government reptilians are, using science.

Public Policy Polling has raised weird polls to an art form. During last year’s presidential campaign, the firm earned a bit of a reputation for its unorthodox questions; for example, “If God exists, do you approve of its handling of natural disasters?”

Today PPP released the results of a national survey looking at common conspiracy theories. Broken down by topic and cross-referenced by political preference, the results will not inspire a lot of patriotism. If you need to defend your fellow countrymen, be sure to note that the margin of error is 2.8 percent.

We took the findings and arranged them from most- to least-believed. And, just to inspire additional shame, figured out how many actual Americans that meant must believe in things like the danger of fluoride in water. (28 million, if you’re wondering.)