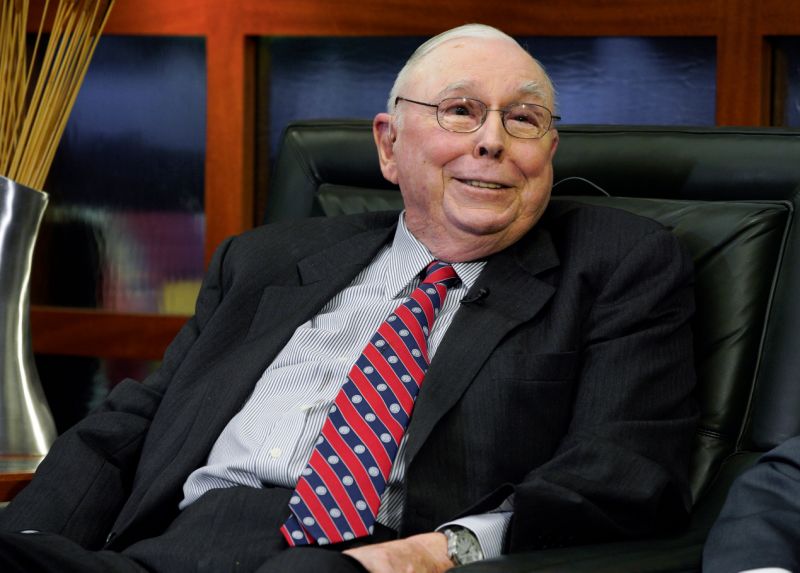 The U.S. health care system is a “national disgrace” and should be replaced with a single-payer model, says Charlie Munger, the right-hand man of Berkshire Hathaway (BRK-A, BRK-B) CEO Warren Buffett.

“The whole damn system is going wrong. And the amount of unnecessary tests…is a national disgrace,” says Munger, 95, in his first interview after the Berkshire Hathaway Shareholders Meeting.

“The system is ridiculous,” Munger adds. “If a young family has to pay off $5,000 deductible to have a baby, they don’t really have medical insurance.”

Well into the first term of President Donald Trump, health care remains a hot-button political issue. The Trump administration has sought the repeal of Obamacare, most recently through a federal lawsuit in which the Department of Justice filed an argument that the legislation is unconstitutional. Republican legislative leaders, however, have urged caution toward efforts to roll back the law.

Meanwhile, the issue has divided 2020 Democratic presidential candidates. Some, like Sen. Bernie Sanders (I-VT) and Sen. Kamala Harris (D-CA), have called for a single-payer system that does away with private insurance, while others like Sen. Amy Klobuchar (D-MN) have advocated for the expansion of Medicaid and Medicare.

Munger made the remarks to Editor-in-Chief Andy Serwer in a conversation that aired on Yahoo Finance on Thursday at 5 p.m. EST in an episode of “Influencers with Andy Serwer,” a weekly interview series with leaders in business, politics, and entertainment.

Since 1978, Munger has served as vice chairman at Berkshire Hathaway alongside Buffett. The two met 20 years earlier through a mutual contact in Omaha, Nebraska, where both were born and currently live. Berkshire Hathaway is the fourth-largest public company in the world, yielding Buffett a net worth of $83.1 billion and Munger one of $1.7 billion.

Berkshire Hathaway owns over 60 companies, like Geico and Dairy Queen, plus minority stakes in Apple, Coca-Cola, among others.

Munger called for a single-payer system, which he suggested would be less expensive and deliver better health outcomes.