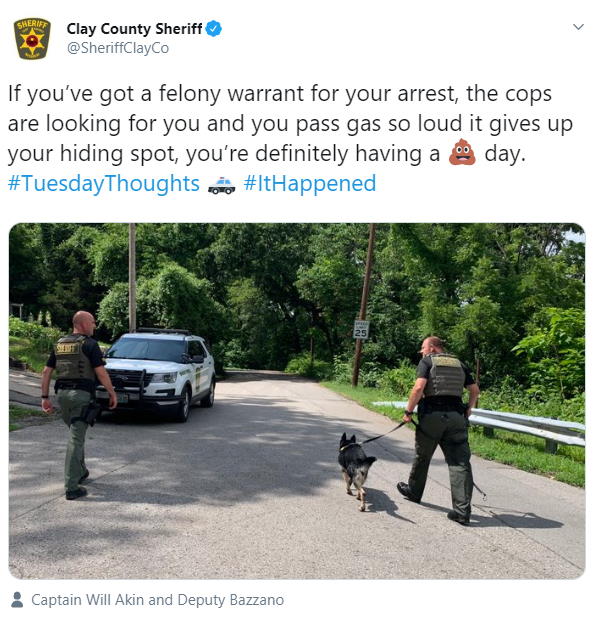 The old saying “never trust a fart” took on new meaning for a person hiding from police in Liberty, Missouri, over the weekend.

Officers were searching for a person wanted for possession of a controlled substance when something unexpected happened, the Clay County Sheriff’s Office wrote in a Twitter post.

The person farted. So loud, in fact, that it led officers right to him, police say.

The person was eventually arrested, but the sheriff’s office commended the officers for “using their senses to sniff him out.”

The suspect’s identity was not released by police.

Twitter users also praised the police for locating the man. One person even wrote a short poem:

“So nervous with fear, Guts in such a knot, That as PoPo came near, Guts leaked hiding spot.”