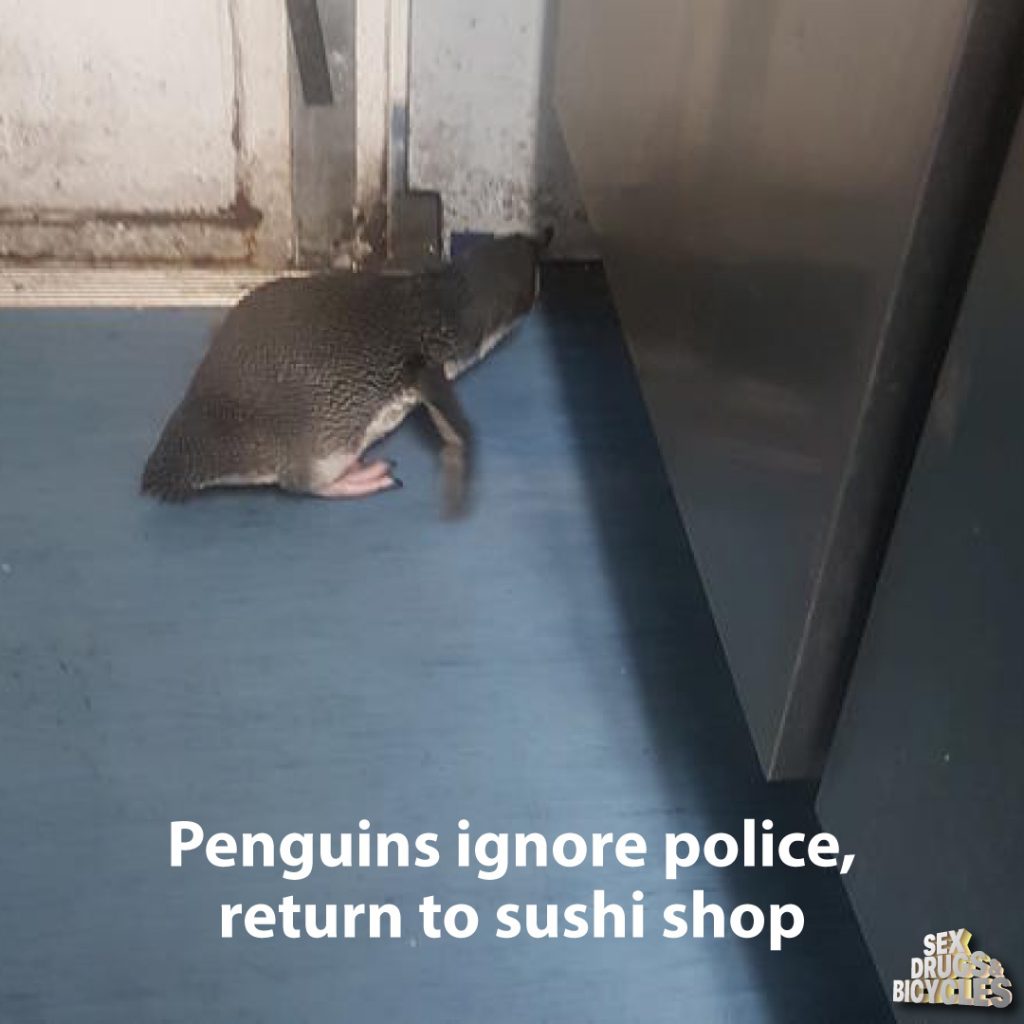 Little blue penguins have been removed from under a sushi bar in front of Wellington railway station for a second time.

They were first spotted at dawn outside the Wellington railway station and took shelter under the nearby shop, Sushi Bi.

Police said the “waddling vagrants were removed from their sushi stand refuge earlier today by Constable John Zhu” after being told they were there about 6.30am.

The pair were temporarily detained by Wellington police before being released back into Wellington Harbour, they said.

However, the owners of the shop tonight told RNZ the birds had again crossed busy traffic lanes between the harbour and the station to the sushi bar.

The Department of Conservation was called in and removed the small birds for a second time this evening.

DOC said they were monitoring the site as this breed of penguin would likely try to return to the site again and again, despite being moved on.

On Saturday evening a little blue penguin was found close by on Featherston Street, and was also returned to the sea.

DOC Wellington operations manager Jack Mace said the birds were quite common in Wellington harbour, but it was the first time he had heard of them making themselves at home at the station.