Study Finds Microdosing Psychedelics Can Be Beneficial, But Not In The Way That Users Most Expect 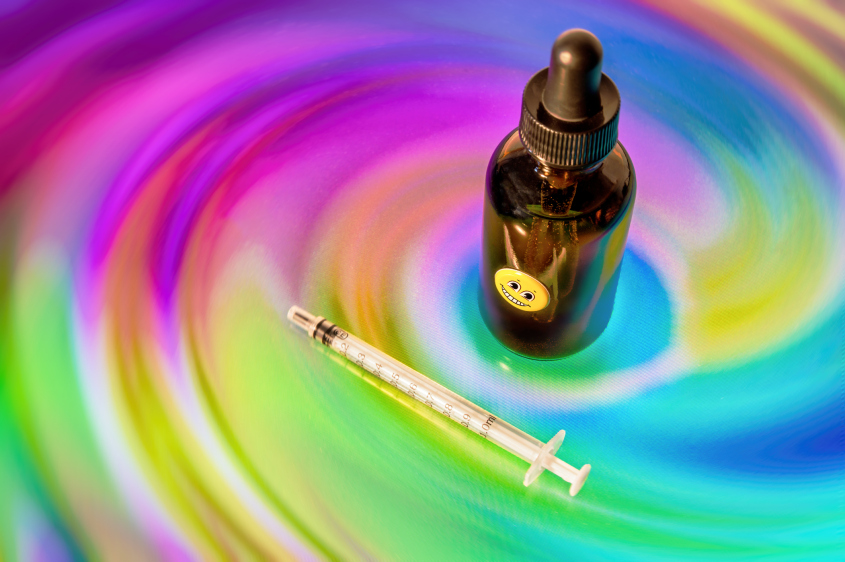 Conceptual image of a bottle of diluted LSD used for microdosing

What if you could take a psychedelic drug regularly in such tiny quantities that the immediate effects were not discernible, yet over time it led to a range of psychological benefits, especially enhanced focus and heightened creativity? That’s the principle behind “microdosing” – a controversial technique that’s exploded in popularity ever since the publication of a 2011 book The Psychedelic Explorers Guide and a 2015 Rolling Stone article titled How LSD Microdosing Became The Hot New Business Trip. Large online communities of microdosing enthusiasts have since emerged on sites like Reddit, where dosing tips are shared and the supposed manifold benefits of the practice are espoused.

However, actual scientific investigations into the effects of microdosing can be counted on one hand. Earlier this year, PLOS One published one of the few systematic investigations ever conducted into the practice, by Vince Polito and Richard Stevenson at Macquarie University. Though exploratory and tentative due to “legal and bureaucratic” obstacles (meaning there was no placebo control or randomisation in this research), the results suggest that microdosing can be beneficial, although not in the ways that users most expect, and not necessarily for everyone.

The researchers recruited hundreds of volunteers from Reddit.com/r/microdosing and other online psychedelic groups (people with mental health problems were asked not to take part). The participants completed a comprehensive battery of questionnaires at baseline tapping nine domains of functioning including personality, mental health and wellbeing; then for six weeks they reported daily any microdosing they’d engaged in the previous day, and provided brief daily ratings (of how they’d felt the previous day) regarding various psychological measures. Finally, at the study end, they completed the same battery of tests as at baseline.

Sufficiently complete data was obtained from 63 mentally well participants who, during the study, engaged in microdosing of a serotonergic psychedelic (a substance, most commonly LSD or magic mushrooms/psilocybin, that acts on the functioning of the brain chemical serotonin).

In terms of the daily ratings, on days that participants had microdosed, they scored higher than usual across all the measures: connectedness, contemplation, creativity, focus, happiness, productiveness, and wellbeing. However, only focus and productivity showed slight, sustained increases on the drug-free days that followed microdosing. “The pattern of results here is somewhat inconsistent with narrative accounts that claim that the effects of microdosing linger for multiple days,” the researchers said.