A caravan of Americans made its way across the U.S. border into Canada in search of affordable medical care 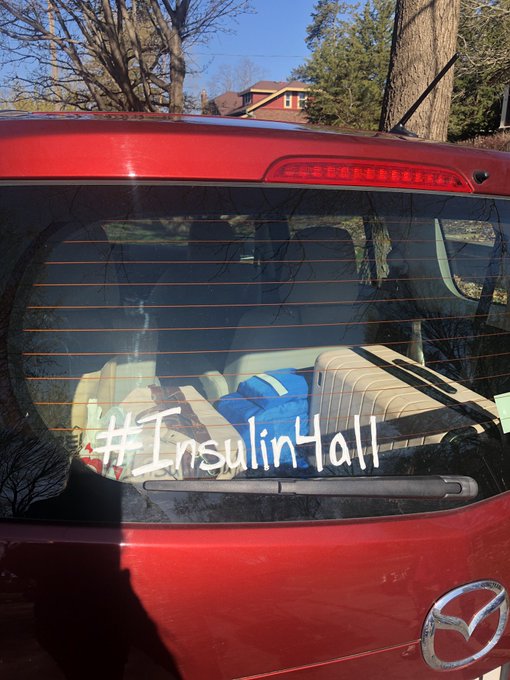 A “caravan” of Americans living with Type 1 diabetes made its way across the U.S. border into Canada over the weekend in search of affordable medical care in a country where they can get the “exact same” life-saving drugs for a dramatically lower price.

“We’re on a #CaravanToCanada because the USA charges astronomical prices for insulin that most people can’t afford,” tweeted caravan member Quinn Nystrom as she shared updates on the journey.

Nystrom was among a group of Minnesotans who piled into cars on Friday to make the 600-mile journey from the Twin Cities to Fort Frances, Ontario, where she said insulin, the hormone patients with Type 1 Diabetes rely on to regulate their blood glucose levels, can be bought for a tenth of what it costs in the U.S.

The caravan was organized as part of a campaign launched under the banner “#insulin4all” to call on the U.S. government to regulate the cost of life-saving drugs, including insulin, and make medication affordable for anyone who needs it.

Calling the cost of insulin in the U.S. a “price crisis,” the #Insulin4All group noted on its website that since the mid-1990s, the price tag on insulin in America has skyrocketed more than 1,100 percent, according to data from Truven Health Analytics, despite the cost of production for a vial of analog insulin costing less than $10.

A recently released report ordered by Representative Elijah Cummings, a Maryland Democrat who chairs the House Oversight Committee, found that millions of Americans who rely on insulin were paying up to 92 percent more for the lifesaving medication than patients in other countries.

Posting a photo of a Walgreens pharmacy store on the caravan’s journey to Canada, Nystrom wrote that the group “could’ve ended our #CaravanToCanada in 5 minutes, but unfortunately, they charge $300 for insulin. So, we will travel another 5 hours north so we will only have to pay $30 for a vial of insulin.”