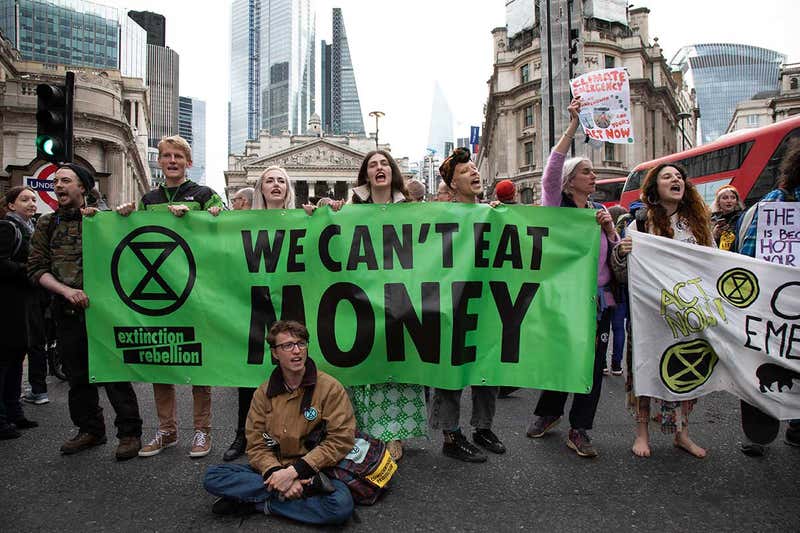 A civil disobedience campaign that prompted the British parliament to declare a climate emergency has galvanized environmental activists around the globe by showing how rapidly disruptive tactics can force politicians to listen.

In what some activists have dubbed a ‘climate spring’, grass-roots networks spurred by the grim findings of the latest climate science are building a momentum that is taking governments, corporate executives, and even members of the groups themselves by surprise.

“This is saying: be bold, act, don’t wait and think you need to mobilize a million people — 5,000 is enough,” said Farhana Yamin, a leading figure in Extinction Rebellion, a new movement that sparked a national debate on climate change after occupying four sites in central London last month.

Yamin was speaking to Reuters outside parliament late on Wednesday, where lawmakers had just acknowledged the urgency of the climate crisis with a symbolic declaration, made in response to the protests.

While nobody can say whether the activists will catalyze the kind of transformational changes in energy, transport and farming that scientists say are needed to avert the worst loss of life from climate change, campaigners believe the moment is ripe to redefine the politically possible.

Last year’s northern hemisphere heatwaves and wildfires, and a stark warning from a UN-sponsored panel of climate scientists issued in October, have spurred thousands of first-time activists to join protests and risk arrest to try to persuade governments to curb the use of fossil fuels.

In the United States, the youth-led Sunrise Movement is backing a proposed Green New Deal tabled by U.S. Representative Alexandria Ocasio-Cortez, which has rallied a diverse coalition of supporters by twinning plans to tackle climate change with social justice.

Most of the Democratic presidential candidates, including Bernie Sanders, Kamala Harris and Elizabeth Warren, have embraced the Green New Deal.

On March 15, an estimated 1.5 million school children and students heeded calls by 16-year-old Swedish climate activist Greta Thunberg to walk out of their classrooms. The growing school strike movement is particularly active in Germany, where protesters have also waged a civil disobedience campaign to blockade coal mines.

Meanwhile, indigenous communities in North America, Australia and South America have entrenched their resistance to new oil pipelines and mines, and Extinction Rebellion, launched in Britain in late October, has inspired more than a dozen international offshoots.

“All these things have made this feel like a ‘climate spring’ and have certainly driven more people to want to get involved,” said Nic Eliades, an activist who volunteers with Extinction Rebellion in Spain, where the group blocked traffic outside the Madrid headquarters of energy company Repsol on April 15 to coincide with the start of 11 days of protests in London.

“The UK’s success has certainly inspired us and given us an impetus to move forward,” Eliades said.