East Coast Greenway: Hike or bike your way from Maine to Florida 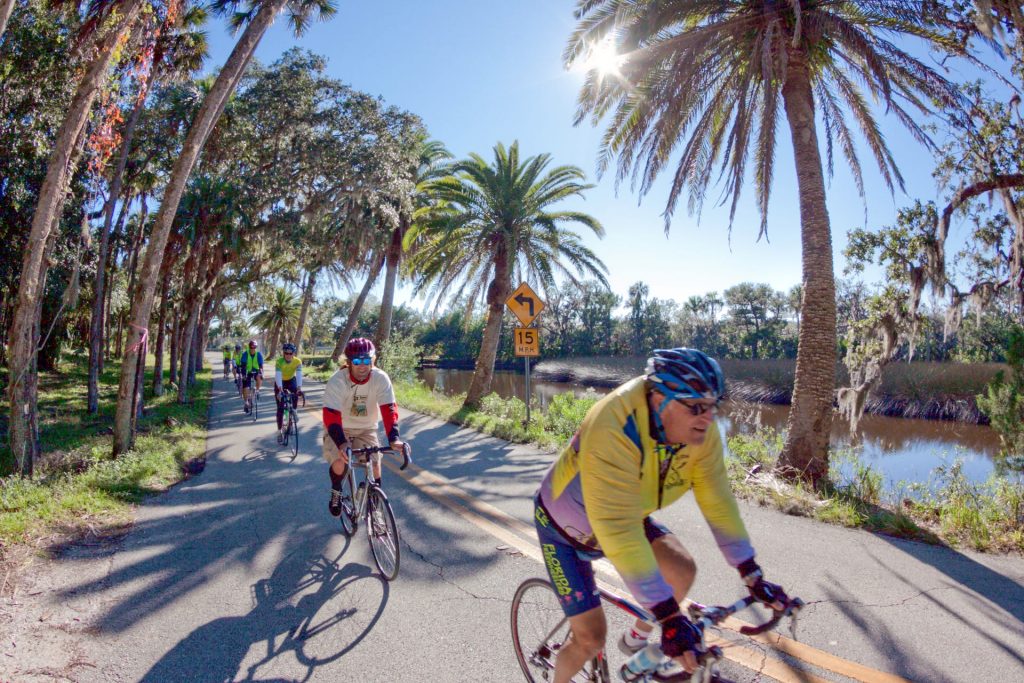 In 2015, Florida cyclist Stefanie Boewe suffered a collapsed lung. During her long recovery she read an article about the East Coast Greenway, a 3,000-mile route that connects existing biking and walking paths and will eventually create a linear park from the Canadian border to Florida’s southernmost point. Having grown up in Germany, touring by bike as a child, Boewe realized she missed long-distance cycling. As she recuperated, she began daydreaming about biking the greenway and visiting friends along the East Coast.

“I thought, ‘If I ever recover from this, I’m going to tell these lungs that they can’t say what I can and cannot do,’” Boewe said. “Plus, I had adopted this dog who goes crazy running with a bike.”

In 2017, over a stretch of 89 days, Boewe biked the entire greenway from Key West, Florida, to Calais, Maine, pulling a trailer and accompanied by her 6-year-old Australian shepherd, Murf. She joined a small tribe of cyclists and walkers who have taken on the whole greenway — even though it’s only one-third complete. For these pioneers, creating a patchwork route of protected paths and sometimes-busy roadways was a small price to pay for the adventure — and bragging rights — of being among the first to complete the East Coast Greenway.

“We’ve been working at this since 1991, trying to think about how to piece together local trails,” said East Coast Greenway Alliance Executive Director Dennis Markatos-Soriano. Forty-four miles were added in 2018 and he’s hoping for similar growth this year.

Markatos-Soriano said the remaining two-thirds of the trail, near or parallel to the future greenway, is included on the online map at map.greenway.org, and that the entire route will have turn-by-turn signage by the end of 2020. “It’s exciting to see the progress and see people experiencing the greenway for themselves. We continue this march to become the most popular park in the country.”