If nerves didn’t give this smuggler away, it was probably the pound of cocaine under his toupee 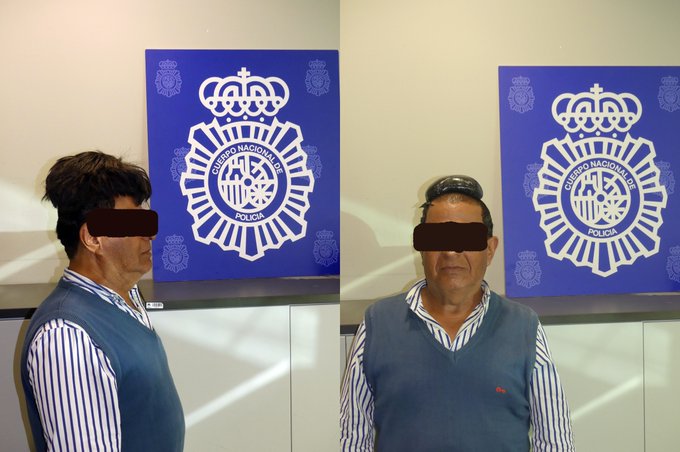 Drug smugglers have used everything from frozen sharks to cucumbers to breast implants to hide their contraband.

On Tuesday, the Spanish National Police Corps added another unusual method to the list: a poorly fitted toupee.

The precariously perched hairpiece, documented in photos tweeted by the agency, raised authorities’ suspicion at the airport in Barcelona, Spanish paper La Vanguardia reported. Hidden underneath was half a kilogram — about a pound — of cocaine.

Side-by-side photographs illustrate why the man caught authorities’ attention. One picture captures the dark-colored toupee protruding several inches above his head, oddly thick in contrast to the close-cropped hair below. The other shows what appears to be the package that police say he tried to smuggle through the airport.

Not pictured is the hat police say the toupee bulged out of.

The 65-year-old native of Colombia arrived on a flight from Bogota, according to La Vanguardia. Police have not identified the man, who was apprehended last month, nor have they said why the incident was just now publicized. They did not respond immediately to inquiries Tuesday from The Washington Post.

The man, who appeared nervous, was held and charged after police found his poorly concealed package to hold 30,000 euros’ worth of cocaine, police told La Vanguardia.

More cocaine is seized in Spain than in any other European country, according to news outlet El Pais, which said interceptions of the drug in the nation have grown by 5,000 percent between 1987 and 2018. Spanish officials have sought to work with other countries to curb smuggling.

Other recent incidents have spotlighted this struggle with narcotics.