The US Is Spending $1.25 Trillion Annually on War 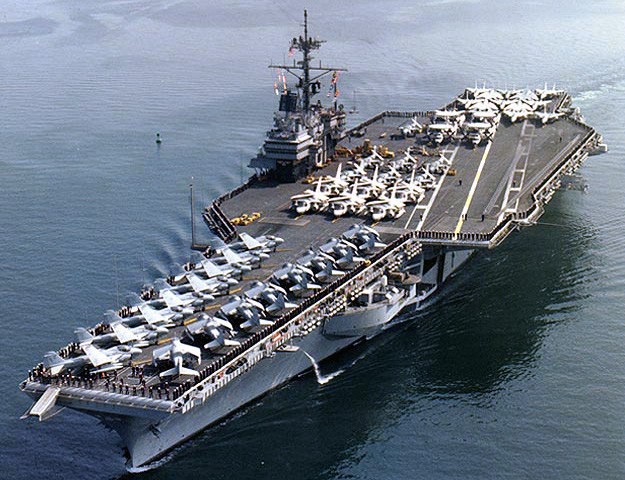 In its latest budget request, the Trump administration is asking for a near-record $750 billion for the Pentagon and related defense activities, an astonishing figure by any measure. If passed by Congress, it will, in fact, be one of the largest military budgets in American history, topping peak levels reached during the Korean and Vietnam Wars. And keep one thing in mind: that $750 billion represents only part of the actual annual cost of our national security state.

There are at least 10 separate pots of money dedicated to fighting wars, preparing for yet more wars, and dealing with the consequences of wars already fought. So the next time a president, a general, a secretary of defense, or a hawkish member of Congress insists that the U.S. military is woefully underfunded, think twice. A careful look at U.S. defense expenditures offers a healthy corrective to such wildly inaccurate claims.

Now, let’s take a brief dollar-by-dollar tour of the U.S. national security state of 2019, tallying the sums up as we go, and see just where we finally land (or perhaps the word should be “soar”), financially speaking.

The Pentagon’s “Base” Budget: The Pentagon’s regular, or “base,” budget is slated to be $544.5 billion in Fiscal Year 2020, a healthy sum but only a modest down payment on total military spending.

As you might imagine, that base budget provides basic operating funds for the Department of Defense, much of which will actually be squandered on preparations for ongoing wars never authorized by Congress, overpriced weapons systems that aren’t actually needed, or outright waste, an expansive category that includes everything from cost overruns to unnecessary bureaucracy. That $544.5 billion is the amount publicly reported by the Pentagon for its essential expenses and includes as well $9.6 billion in mandatory spending that goes toward items like military retirement.

Among those basic expenses, let’s start with waste, a category even the biggest boosters of Pentagon spending can’t defend. The Pentagon’s own Defense Business Board found that cutting unnecessary overhead, including a bloated bureaucracy and a startlingly large shadow workforce of private contractors, would save $125 billion over five years. Perhaps you won’t be surprised to learn that the board’s proposal has done little to quiet calls for more money. Instead, from the highest reaches of the Pentagon (and the president himself) came a proposal to create a Space Force, a sixth military service that’s all but guaranteed to further bloat its bureaucracy and duplicate work already being done by the other services. Even Pentagon planners estimate that the future Space Force will cost $13 billion over the next five years (and that’s undoubtedly a low-ball figure).